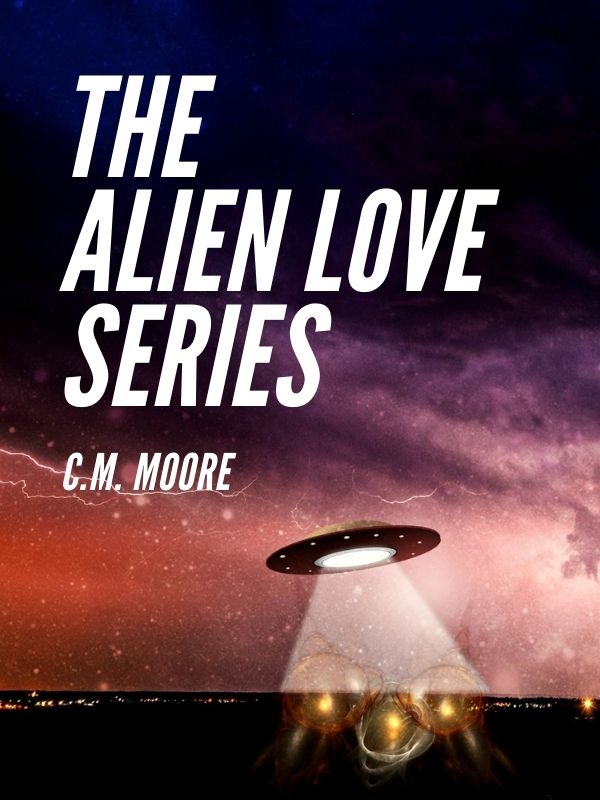 Chapter 1: Every day is the same.

The thrift store smelled of sweaty bodies, dust, and mothballs. The sunny weather had brought people out of their houses now that the snow had started to melt. Murry thought that the store was busier than usual for a Wednesday. He wrinkled his nose as he finished emptying his cart of books onto the empty shelves.

When he was done with the final chore of the workday, he headed back to the stockroom. Passing the checkout stations and weaving silently through the shoppers, he noted the clock. His shift was over five minutes ago. Most of the time, the supervisor would yell at employees who stayed even one minute past their assigned shifts. But that never happened to Murry. Everyone liked to use the words special needs, or they said he had a handicap. Whatever the term they used didn't matter to him anymore. No one spoke as he put his cart away and then walked out of the little room where he could sign out of work.

Grabbing his winter coat, Murry stepped out of the exit and into the sunshine. This morning he'd picked a heavier jacket to take on the chilly wind as it rolled through his little town. Now with the improved weather, he didn't even bother to put the garment on. Instead, he hung the coat over his arm as he walked toward the bus stop.

“Hey there, Murry!" Linda waved as she got out of her car. He waved back but didn't stop heading toward the sidewalk. Murry could stand there and let Linda, a fellow employee at the thrift store, talk slowly to him like he didn't know English. He could listen to her tell him all about her cat and how much she loved the animal, but he wasn't feeling up to that exchange today. In fact, he didn't even feel like going to his group home where he lived. Some days living in a world where no one could understand him was almost too frustrating to bear.

Murry strolled past the empty bus stop and continued down the quiet street. His town was less than ten thousand people, and the small population showed today. For a Wednesday, no one was around. Everyone must be at work.

As he marched further into the unknown neighborhood, he asked himself questions about his life. Since his mother had died two years ago, he'd been on autopilot. He did all the things he was supposed to. He went to the assigned work at the thrift shop. He did his stocking job and then went to the group home when the shift was finished. Every day was the same. He even kept going to see his speech therapist. Although, he would be the first to admit he'd given up trying to talk. It didn't seem to matter how hard he worked to master the words; they never came. He couldn't write or speak English enough to form complete sentences. Everything he said came out as gibberish, and every day he stayed trapped in his mind. He understood everyone. He could read and think. In his head, he said a million sentences, but when he tried to talk, only slurred incomprehensible nonsense ever came out of his mouth.

The neighborhood began to thin out to houses more spaced out and larger yards. In this area, the homes looked less cared for, and there was zero upkeep. Junk car parts littered the brown grass that no one had ever raked. The battered siding was unpainted and hanging on by sheer will. He kept walking.

Murry didn't know where he was going. He should turn around and get on the bus. He should go back to the group home, but the idea of another night sitting with other people all struggling with their problems didn't appeal to him. He wanted to be alone. When his mother was alive, they would go to the park or go hiking. She would let him sit in the silence and speak to nature. He missed her, true, but some days, he missed that silence more. When he was alone, no one was judging his inability to communicate.

Stopping, Murry halted when the sidewalk ended. To keep on, he either had to walk in people's yards or move to the street. He stayed paralyzed as he reminded himself that his care worker would be pissed if he deviated from his schedule. She would call, and everyone would be angry if he weren't at the group home. They would call the police probably and hunt him like a criminal. Even if he was twenty-one, he wasn't fit to take care of himself.

Murry's hands curled into a fist. He wanted to shout and punch something. He could take care of himself at least to a point. He just couldn't figure out why no one understood him when he talked or why he couldn't write words correctly. He could read and do math problems.

A crash sounded to his left. The noise made him jump, and it brought Murry out of his thoughts. His head swiveled to a ramshackle house a few feet away. There were signs posted in the dirt that said condemned. A crash came a second time. Murry took a few steps toward the racket. Curiosity poked him. He never could seem to curb his curiosity.

Sunlight glittered on broken glass in the yard. Pausing, Murry wondered if he'd imagined the sound.

Another crash split the afternoon. Murry's gut whispered to go back to the bus stop and live his life like all the other days. His curiosity poked him again. He took another hesitant step on the grass leading to the front entrance of the house. Approaching cautiously, Murry scanned the structure. The windows were boarded up, and chunks of wood covered broken glass. Forgotten yellow caution tape fluttered in the wind. The open doorway into the place was a dark void. The entrance was the only part of the structure not covered by wood. Two cement steps led up into the house.

Hovering his foot on the first step, Murry tried to peek into the darkened interior. He glanced around. The street was empty and quiet. In the distance, he could hear a lawnmower. Everyone was spending their Wednesday at work, most likely. The houses around him appeared to be sleeping. Now that he thought about it, maybe he imagined the help and the crash.

“Hey, you." The voice of a young child, maybe a boy, called from the darkness. “You. Help me."

Murry took a steadying breath and then took the final steps and into the old, dilapidated house. As soon as Murry set a foot past the threshold, something struck him in the head. He fell to his knees and grunted with the pain. His temple throbbed. He knew he shouldn't have entered what looked like the start of a horror movie. Damn his curiosity.

Before he could fix his mistake, someone or something grabbed around his leg. The rope or tie dragged him further into the dark structure. As he slid, his shirt rose. His back scratched against the rough floor and broken glass.

Struggling to get his leg out of whatever gripped him, Murry threw out his arms. Wildly, he grabbed at anything. His fingers snagged a doorframe, and he held on for dear life. Whatever held around his leg finally let go. Disoriented, he used the doorframe to get to his feet and turn to run.

Then he saw them.

In the darkened house stood three… wait one second… Murry didn't know what they were. The creatures looked like monsters from a nightmare. The being's bodies were covered in stringy brown hair from head to toe. Their fang-like teeth were pronounced and hung over their jaws. They drooled down both sides of their mouths like starving dogs.

Their hairy bodies were much like the human shape, but their fingernails were long gray spikes. The most terrifying thing about the creatures was the blood-red eyes. Yes. That was like a horror movie where everyone died at the end. The eyes had a distinctive look. The beings scanned Murry like a dessert.

Spinning on his heels, Murry bolted. He hoped to find a back exit. Maybe he would wake from this dream. He was asleep on the bus, and this was a nightmare. He turned the corner of the house, looking for any way to escape. He had no idea where he was going and stumbled into a broken chair.

Jumping to his feet, he threw himself around the next corner.

Screaming, Murry smashed directly into one of the hairy beings. The creature was much stronger than Murry and sturdier than a regular human. Even though they were the same height, the monster wrapped a single hand around Murry's throat and lifted him off the floor. He kicked and clawed at the muscular hand, but all the fighting was no use. The pressure on his windpipe got worse. Who'd have known his curiosity would get him into this much trouble one day? He gulped for air and fought, but soon his vision went black.