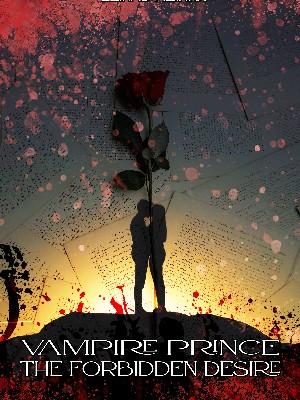 Jason West: A vampire and Prince of the Night Kingdom, is madly in love with his human friend, Glaiza. Jessica Steven: A vampire slave who secretly loves their Prince. Glaiza Roberts: A human who fears nothing, including vampires and werewolves, but falling in love into one of the supernatural beings. Forbidden love which circulates into these three totally different creatures will be challenged and proven as a marriage takes place in their life. Read to find out more about what happened to them. (Book 2/ spin-off of Long Lost Souls)

About
Table of Contents
Comments (7)

At the north side of the Night Kingdom reigned by the vampire royalties King Vladimir West and his son Prince Jason West, is the Black Meadow Forest that lies beside the humanitarian ground. This forest is abandoned and unvisited by many due to protection of the Fairies that live in Fifth Star, another world connected to Earth via a portal in the center of the said forest.

The leaves on the trees move as the cold night wind blows upon them. At the roadside of the forest, on one of the tallest pine trees, there is a man who stood in one of its branches while his cold pale white hand held on to the trunk of the tree. At first glance, he could be mistaken for a human, but his golden pair of eyes, mesmerizing face, and hidden long canine affirms that he is indeed a vampire. But, not any normal vampire, he is Prince Jason West, the strongest and fastest known vampire, apart from his father on their land that even other species fear him as well.

Beneath him, across the road is a bungalow house which has a bedroom window that can be vividly seen from his position with the help of his inhuman senses. He closed his eyes and let those senses works for him; the sound of bats, water drops, rustling of trees, and chirping birds could evidently be heard by him from miles away, and the intoxicating rose fragrance that the winds blew towards him from the woman in the bungalow house almost made him swoon over.

Inside the bungalow house is Glaiza Roberts, his human friend whom he openly declares his love for but she never took it seriously. He stares at her from afar; how her brown hair sways as she moves, her brown eyes sparkle behind her golden metallic eyeglasses, and how her pink sexy lips smile as she dances to the music that plays inside her bedroom.

This is his everyday routine. Every night, right before he goes home and rests, he would go in that certain tree to admire Glaiza from afar. Glaiza is like an unreachable star for him. So close, yet so far.

Despite the reality that the three species - humans, vampires, and werewolves, have reconciled, united, and try to live in peace together on Earth after the red war and the 2nd war that recently happened, it is still near to impossible for them to fully trust each other and do the unwritten forbidden love. These three species could never be in a relationship that is not their same kind.

“How long are you going to stand there, and cringe me out?” Chris, the leader of the knights, which are the guards of Royal vampires, spoke to him as he suddenly appeared and sat down on the same branch where he stood.

Jason glimpsed at him as he said, “Who told you to follow and observed me anyway? You have no right to complan.”

“Actually I do, King Vladimir has asked for your presence in the kingdom,” Chris replied as he stood as well and made a slight bow as a respect.

“What does that old man want now?” Jason thought to himself as he scratched the back of his smooth black hair, before he took a one last glimpse towards Glaiza.

“Come on then,” he said as he looks at Chris and dashes through the wood with immense speed. The tree leaves move while the young plants sways as he dashes like a wind. Behind him is Chris who’s following him in full speed.

On the other hand, at the back of the Night Kingdom’s palace, there is a big veranda where King Vladimir is leaning his arms on as he looks at the dark night. The only lights he has is the lights that the moon emits on their land. He is deep in thoughts as he stares into nothing.

“Do you think immortality is a great thing?” Vladimir asked without diverting his eyes from the moon. Jessica Steven, one of their people who secretly looks at him from behind the post came out of hiding.

“Forgive me, my King. I do not intend to invade your privacy, I just worry that you might need anything,” she said as she bowed down.

Vladimir glanced at her for a second and nodded before he moved his hand in a motion for her to continue and answer his question. This time, Vladimir turned around and leaned his back on the railing while paying attention towards her.

Jessica let out a bitter smile before looking at Vladimir and answering his question, “Nothing is great about immortality but greed of time, my King. It is a curse which made us see how the world shatters every passing day without changes on our side. However, I’ll be willing to be greedy if I’ll have the person whom I love beside me through those coming times.” This she answered honestly.

“You called, Dad?” Prince Jason said as soon as he walked in the veranda. He did not immediately see Jessica, but once he did he gave her a smile.

A hidden smile came to Jessica before she looked at Vladimir, “I’ll go and give you both privacy,” she said as she turned around to leave.

Jason pushes himself up and sits on the railings as he looks and asks his dad for the reason as to why he has called him.

Vladimir came to face him with seriousness on his face as he looked closer towards him, “You’ll need to get married, 3 months from now.”

“What?” Jason asked with shock as he abruptly went down from the railing and came face to face with his dad.