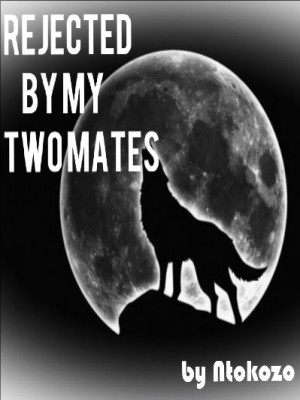 Rejected by my two mates

A cheerful girl name Lily at the age of 18. When it was time for her to change to her wolf for the first, She found out that her mate doesn't want her and neither is her second chance mate .She was dumbfounded realizing that her life was always a lie she had no idear who she was.

About
Table of Contents
Comments (20)

"Lily wake up!", my mom shouted.I waked up and rubbed my eyes. Judging by the noise i could tell that everyone was already awake. As usually I'm the last one to wake up . So i drag my self to the kitchen and greeted them still half asleep. "Morning, princess" Zack said with a mocking tone. Zack is the older twin, he is always cheerful and likes to play. And Blake is always grumpy and serious. They are both identical twins, with blue eyes and have the same hair cut, they have brown hair but they never dress alike. Zack wears colourful clothes whilst Blake wears dark colours. I guess the colours kind of represent their souls. My brothers are 23 years and they are studying at a college near by, so they stay with us at the home. I'm a brond with long hair and a good shaped body with a curves and a glass wine figure. I have brown eyes and a fair skin tone just like my mother. I'm 17 years soon to be eighteen in 4 days . As much as I'm used to waking up late but i hate mondays, i have back to back classes all day . Today is monday so i already have a bad day. Without minding Zack i just sit down and have my breakfast not minding anyone. "Lily, friday is your birthday should we start preparing for your party?, my dad ask. I just took a bite of my toast. "I think so" i mumbled. Dad just stare at me and then stood up as he said "We will talk later , duty call" . Then kissed my mom good bye and left .So i went to take a shower and wear in a black short dress and black vans sneakers. I put on a light make up before Zack came to my room."Do you need to do all that"? he ask and i just nodded.

"Ok, we are living in 2 minutes " he said as he left. I packed my back and went to the car and sat on the passenger's sit. Blake had already left in his motorbike. Zack dropped me off to school and left. The first class was English, Mrs Willis the beta's wife class. I like her class because she is strict and nobody mess with her as everyone respect her. After a long day i took a cab back home since i don't have a car nor a driver's license. Find Blake watching tv and nobody else was at home. "Hy bro" i mumbled. "Oh hy Lily. You look exhausted" he replied . "Yeah, i had a long day. So, I'm gonna take a nap" i said while going upstairs to my room. My mom woked me up around dinner time. So i freshen up and to eat dinner whilst telling them that i don't want a party at all. It unusual for a wolf turning 18 not to have a party in the Black moon pack due to him/her finding a mate on that day. I was looking forward to finding a mate but i also didn't like having the spot light it was just overwhelming for me. The week went by and it was now friday.

I was at school when i started to feel sick . Every joint in my body was sore. My heart beat was so fast that everything around me seemed to fade and i shifted. I have a beautiful brown wolf with two black claws and grey face. I took my wolf for a run . " I'm Ani your wolf, I've been waiting for your shift but you took so long" Ani spoke.

"Not really i just turned 18" i defended my self. "Oh well it nice to stretch your bones and be in control" she replied. She is right. I felt the wind blush softly through my hair and i felt alive for the first time, i felt different with lot of joy and energy. Me and Ani went to mountain and stayed the for a while getting to know each other.

I was at class when i suddenly felt happiness and my wolf JJ also felt it. This only meant one thing that my mate was finally close. It was either that someone come new came to our pack or that my mate finally shifted . Excitement built-in i couldn't contain it as i smirked to myself wondering how she looked and what her name was . If she is a wolf from this pack then what was her position on this pack. I kept wondering if she would accept me and hoping for almost equal rankings in the pack because my father is the gamma so he wouldn't allow me to even look at an omega let alone be matted to one . I was daydreaming while sitting in my motorbike not minding other students around me as Zack came to me."Hey.....hello" he said. He repeated "Hello, earth to Blake!". I was startled and i replied . "What do you want?". "Are you okey ?" he asked staring deep in my eyes and trying to read my expressionless face ."Yeah" i replied. "Ok then, i need a huge favour. I'm going to town with my friends so cover for me when mom and dad asks. I will also bring Lily a gift " he said . As i realised i had not brought Lily a gift yet so i nodded to him and went to the jewellery shop near bye. I got there and packed my bike then picked some diamond earrings and a matching necklace. Then i just picked up a beautiful black diamond ring for when i find my mate . Just like that i was on my way home couldn't help but continue thinking of my mate. I packed my bike outside as i noticed no one was back yet and headed inside. As soon as i opend the door a huge smell of lavender and cinnamon covered my senses as i folled it and find my self in Lily's room. And my wolf JJ said one word "mate".