Home/ Urban Adventure of a Domineering Master Ongoing
I was an abolished heir of the top family. But now I became the dominant master of the world! 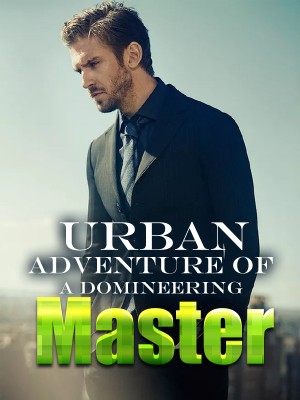 Urban Adventure of a Domineering Master

Christopher Yip was born in a top family of martial arts. He was extremely talented since he was a child and destined to be the future head. However, on his 10th birthday, He was expelled from his family and almost killed by his father! He lost everything that day. Since then, he became a homeless one driven away to the deserted mountains, without any martial art skill. Every day, he was going through countless hardships and life-threatening dangers. People all said he had already died. But, eight years later, he came back with the strongest strength! From that moment on, he was ready to take revenge, and become the king of the world!

About
Table of Contents
Comments (60)

On the outskirts of Lootherford City in Streamland Province, a young man, shabbily dressed in miserable rags, was walking with a spring in his steps as he carried a worn-out shoulder bag with him.

His gait was slow and steady, with a sparkle shone so brightly from his glowing eyes that none of the mud and dirt on his body nor his extremely humble look could conceal.

Tall and slim as he was, the young man gave an impression of a spear that was ready to pierce through the horizon of sky without fear, overlooking the world beneath him in an overbearing manner.

His gaze then fell faintly at the vaguely visible high-rise buildings in the distance. Overwhelmed with emotions, he murmured to himself.

"It has been eight years!"

"I, Christopher Yip, have finally fulfilled the words I said and the vow I made eight years ago!"

"Sebastian Yip, Leonardo Yip, surely both of you have never thought that I am still alive today, have you?"

He clenched his fists forcefully as the memories of the halcyon days he had before he was ten years old flashed back again in his train of thought, which should have been the happiest time in his life. Since young, he strongly believed that he would strive to become stronger in future for the sake of his family and its reputation and emerge as the top of the world.

He believed that one day in the future, he would bring supreme glory to his family and strengthen his family that was already powerful even further to become the first family in Country H.

However, everything the younger him had been looking forward to was ruthlessly torn apart on a rainstorm night exactly eight years ago.

The Yip family in Jingley City was a large family with a long history that dated back to hundreds of years. It was one of the most wealthy and powerful families in Jingley City. There were many young talents in the Yip family, and they were remarkably strong and overbearing, making the other families seem to be overshadowed by them.

The rest of the aristocratic families in the city were mostly devoted to business, politics, military, and many other fields. However, the Yip family was different. They were strong and gifted in all kinds of sectors as well, but the key to their glory was extremely unique - they were a family of martial arts.

The Yip family had passed down their martial arts for generations, and it was unlike ordinary forms of combat. It was a true form of martial arts cultivating inner strength.

In each generation of the Yip family, there were at least three or four people who were lucky enough to be born with the meridian of martial arts, making them unusually gifted at learning martial arts. In addition, there were talents in all fields in that family, including business, politics, and military, which made the Yip family to be so powerful and had great prestige for many generations.

Christopher was extremely talented since he was a child. He had defeated all his peers regardless of any aspects. Moreover, he was born with the meridian of martial arts. When he was four years old, he was personally taught by his father, Leonardo, and became a professional martial arts cultivator.

His talent in martial arts was considered as one of the best in the history of the Yip family. Although his brother, Xavier Yip, was excellent too, he was still nothing on Christopher.

However, things turned out unexpectedly on Christopher's tenth birthday. When he happily ran towards his beloved grandfather to ask for a birthday present, Sebastian, who had always doted on him, revealed an unprecedented, cold expression.

Then, the young Christopher was even more stunned by Sebastian's next words that he was completely at a loss.

"It's enough to have Xavier alone for the third generation of the Yip family!"

With a stone cold and indifferent face, Sebastian shot Christopher a look of deepest reproach as if he was looking at a virus, a scourge.

Christopher was perplexed. He did not know at all what mistake he had committed. Since when had he beget misery to the Yip family?

But everything happened in the blinking of an eye that he had no chance to even defend himself. His father, Leonardo, who had always been affectionate to him and inculcating him with most patience all the while, suddenly turned into a monster who cruelly attacked him and smashed his meridian of martial arts with no mercy.

After that, regardless of the grief-stricken look in Christopher's mother's eyes, Leonardo discarded Christopher, who had lost all his cultivation to a wild woods in the suburbs of Jingley City, letting him fend for himself and did not care about him anymore.

In this modern world, there were only a few ancient cultivators. Only those who were born with the meridian of martial arts were qualified to practice the ancient arts and cultivate their inner strength. It could be said that such people existed as the one in a million.

Once a martial artist lost the meridian of martial arts, he would lose all his cultivation the same as when someone's elixir field had been destroyed. He would never be able to practice martial arts anymore for his whole life. This was definitely a devastating blow to a martial artist.

And Christopher, who was merely 10 years old, was crippled of his meridian of martial arts, and his cultivation was completely destroyed overnight. He was even abandoned in the wilderness. This was equivalent to pushing to a corner of death!

Until this very moment, he could still vividly recall that heartbroken scene in which Leonardo had deserted him in the remote mountains. He had not forgotten the indifferent and resolute expression on his face, not even the minor details.

If it were someone else to suffer such a cruel blow, he might have given up his life and passed away.

However, on that particular night eight years ago, Christopher tried hard to suppress the heartbreaking anguish that was surging through his entire being as he leaned against a big tree, determinedly making a vow that he would never surrender to Leonardo, who had turned around and left.

"Leonardo Yip, I have gotten all my skills and knowledge and even my life from you. I don't hate you for destroying my meridian of martial arts. However, I've repaid your kindness!"

"From now on, I, Christopher, have nothing to do with you, Leonardo as well as the entire Yip family!"

"I, Christopher, swear that I won't die here. I'll continue to live with this name. I'll live a better life than anyone else and acquire a higher position than any one of you!"

"In the future, I will definitely make the Yip family look up to me. I will make all of you regret everything you have done to me today!"

After he finished his sentences, he threw a heavy punch on the tree with all the energy that was left in him. The forceful impact caused the back of his hand to be badly injured with crimson blood dripping onto the ground. It was a ghastly sight to behold, but he could hardly feel any pain. There was a fiery flame sparkling in his eyes.

Leonardo heard his words and halted slightly in his track. Nonetheless, he made no attempt to turn around but continued to leave the place in a most indifferent manner. Perhaps, Leonardo believed that Christopher would not be able to survive under such harsh circumstances.

Even if Christopher managed to survive, he, whose meridian of martial arts was destroyed and had no one to rely on, was impossible to make the unparalleled and powerful Yip family look up to him. To put it a bit exaggerated, even if he became the richest man in the area or even the richest man in entire Country H, he might not be even qualified to make the Yip family pay attention to him.

At that time, Christopher's words were totally a joke to Leonardo.

However, be it Sebastian or Leonardo, they might never have expected the ten-year-old child who was exiled into the deep mountains back then, did not die!

After going through countless hardships and life-threatening dangers, the young boy had been reborn and returned like a king.

Christopher's lips curled into a cold smile as he recalled Sebastian and Leonardo's frigid and ruthless faces.

"Sebastian, Leonardo, and the Yip family, your expressions must be very interesting when I stand in front of you again, am I right?"

He clenched his fists, and the crackling sound of the joints was immediately audible. With that, he suppressed all those awful memories of the bygone deep in his heart for the time being.

Christopher's eyes were as bright as stars. He lightly tapped on his hindfoot, and the next second, he disappeared in sight.