Home/ The Arrogant Billionionaire And His Stubborn Wife Ongoing 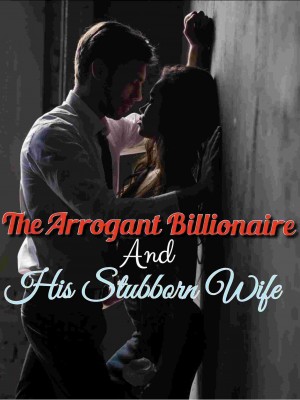 The Arrogant Billionionaire And His Stubborn Wife

Katherine Watson, a beautiful girl with a stubborn personality. She doesn’t like to be ordered by anyone. But in this case her fate doesn’t support her. Because of her stubbornness she gets beaten up by her stepmother, her dad doesn’t have any say in this as he is her step mom’s puppet. Katherine’s family’s financial condition is not that good either. Her dad is under many huge debts which he had taken for his business but because of incurring loss in his business he couldn’t repay the loan, as a result his house, business and everything is at stake. One day he gets called to the Smiths Enterprise and gets told that all his debts will be paid but there's a deal and that deal is if he gives his elder daughter then all his debts will be repaid. Will Katherine’s dad be okay with this deal? The most important question, will Katherine agree to this? To know more, keep reading!

“Hey, Is the CEO back from the business trip?” A female employee, named Shaisha, asked the other female employee Daizy, with a smirk on her face. “I heard that he reached the city yesterday and would come to the office, not sure yet! But what’s up with the smirk?!” Daizy asked.

“Oh! Your small brain won’t understand that. Forget it! Shaisha said, giving another smirk to Daizy.

“ Yo, Girl! Just let me tell you a very important thing. If you are planning to do something with the CEO, just skip it! You will get fired! Also, you won’t be able to apply for jobs anywhere else, okay? “ Daizy said. Then Daizy added, “ You are new here, so you don’t know about the CEO’s wrath! “

Shaisha rolled her eyes at Daizy and said,

“ I tried to make you understand, don’t blame me later “ Daizy said and went to do her work at her desk.

Shaisha nodded her head as if she didn't expect anything from the Daizy. “ Boring as always “ Shaisha said, while looking at Daizy and sat on her seat.

A car stopped in front of a multinational Company. It was written, ‘The SMITHS Enterprise ‘ at the top of the building.

“ Oh, sir is here, go and open his car door! “ A security guard said to the other junior guard.

The junior guard ran towards the car and opened the car door.

A guy of six feet height with broad shoulders came out of the car. His skin complexion is fairly light. He has a pair of almond shaped eyes, with the color naturally blue, and thick lashes, which makes his eyes look perfect! His face is a mixture of oval and heart shape. But his slicked back hairstyle gives him a heart shaped face. And his sharp jawline adds to his handsomeness more. He looks totally like a model. NEIL SMITHS, the CEO of this Company. His aura is extremely cold.

He never smiles. He always gives one expression and that’s the cold one. An expression which can make anyone shiver to death. “Good morning, sir” The guard greeted Neil. But Neil didn’t even bother to even look at him. He walked inside, keeping his hands on both sides of the pocket.

Neil’s secretary ran to him, to keep pace with him. “What’s my schedule for today's schedule?” Neil asked his secretary, while looking in front.

The secretary tried his best to keep the pace with Neil, but couldn’t keep up despite trying so hard. Neil walks too fast. The secretary was now almost running and started telling today’s schedule to Neil.

Some were busy chatting with others. Some were doing the work seriously. Some were gossiping about the latest news in the office.

But all of them stood up immediately when they saw the CEO coming inside the room. Neil always checks on his employees if they are working hard or not. And he was right, some of them were talking, while almost leaning on the desk. Even Shaisha was present there, but luckily she saw Neil coming here, when she peeked out of the door. So she immediately started working, without warning others.

“What the hell is going on here?” Neil shouted, while looking at those who were passing time. Everyone shivered after hearing Neil shouting. His voice was filled with anger.

“Do you all get paid because of gossiping? Or you all have the wish to get fired?” Neil again shouted at them.

“This anger on his face makes him look so hot! Me likey!!” Shaisha thought with a smirk on her face, while looking down.

“This is my first and last warning to you all, I don’t want to see all of you doing shit! Your ideas can bring new projects! Not your cheap gossip!!” Neil yelled at all of them, with a warning.

Then he walked out of the room and went straight to his cabin.

Neil’s cabin is a luxurious cabin, with expensive interior design. It’s the typical black and white combination with different paintings.

He opened his laptop and started using it with his perfect long slender fingers.

Shaisha was sitting on her desk. An employee who was sitting beside her, got up from the desk with a file in his hand, “Where are you going with that file in your hand?” Shaisha asked randomly. “I have to give this file to the CEO, he needs it in the meeting” The employee answered.

Shaisha was sitting comfortably with one hand on her cheek. After listening to that employee’s words Shaisha almost jumped up from her seat.

“Give the file to me, I’ll give it to the CEO, you go and do what you were doing” Shaisha said, with a smile on her face. “I’ll get to see the CEO, and then…” Shaisha thought, and tried to take the file.

But that employee moved away his hand and said, “But it’s my work to do, why would you go?”

Now Shaisha lost her mind, and hissed at that employee and said, “Just give me the damn file!!” And snatched away from him.

“Ughh, people really don't understand when I talk to them sweetly!” Shaisha said, while getting out of the room.

Neil was sitting on his seat, he was on a business phone call, soon he heard a knock on his door.

“Hope you have understood all the clauses of our deal” Neil said in a stern voice and hung up the phone. Then he said, “Come in” And started working on his laptop.

Shaisha entered the room with a bright smile on her face. “Good morning, sir,” She said in a flirty tone.

But Neil didn’t even bother to look at her, nor didn’t reply to her greeting. He was engrossed in the laptop.

But Shaisha didn’t stop there. Her main motive for working here is to lure the CEO, Shaisha has always been successful in luring her bosses. And now her target is Bryan.

“This man is too hot! I’ll lure him through my sexiness and then I’ll make him mine!” Shaish thought and didn’t back out. She forgot about how Daisy had warned her not to do anything which would piss off the CEO.

She went in front of Neil’s desk, while unbuttoning the first four buttons from the top. Her cleavage could be seen now. “Let’s see how he ignores that!” Shaisha thought.

“Sir, the file” Shaisha said in a seductive tone. Neil then looked at her. He had an expressionless face.

But Shaisha kept doing her nasty moves. She deliberately dropped the file on the floor. “Oops, '' she said, giving a flirtatious smile and bent down seductively. As she was facing Neil, her cleavage could be seen properly and clearly now.

Neil was looking at her, he still had no expression on his face. Shaisha then picked up the file and looked at Neil while biting her lips.

“I think you are too much tired because of this stupid works, but don’t worry, now I’ll bring colours to your life, and we both will have some fun!” Shaisha said seductively, she had confidence on her face. And with that confidence, she went towards Neil and sat on his lap.

“Move your ass!” Neil said, while hissing at Shaisha. “Oh, sir! Don’t worry, this thing will remain between you and me,” Shaisha again said seductively, not knowing that Neil was pissed off because of this.

“Do you have a death wish?!” Neil said in a cold tone, anger was visible all over his face. And then he threw Shaisha on the floor.

“Ouch!” Shaisha said, getting hurt on her ass, as she fell facing her ass on the floor.

“CHARLES!!!!” Neil called out for his secretary with an angry tone on his face. Shaisha shivered listening to Neil’s yell.