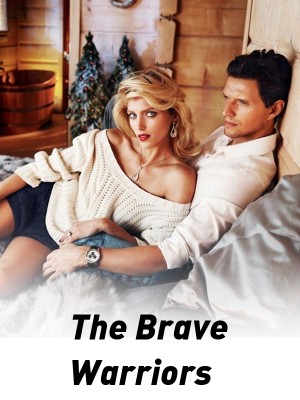 Freya A Brave Warrior/General/Princess of Alfheim, Admired by Everyone in the Universe, An Example of the perfect woman. Fell inlove with Alexios the powerless Prince of Sparta. It all started on a little encounter which changed their fate forever. A night in The River Of Alfheim which led to a great change in their lives.

On the faraway Kingdom Of Alfheim lives a very strong and beautiful Warrior named Freya, She is a princess and also the General of the Warriors of Alfheim, Freya is known to be very smart, Kindhearted and loved by his people. A lot of people from another realms admired Freya and most of people from another realms are jealous of her. Wanting to have her head and secret of why is she so strong. But despite the beauty and talent of Freya,She does not have a lover and she never fell in love with anyone.. people started talking about it, and start to question Freya.. One day the King of Alfheim King Ferimour announced that the Coronation for the Crown Princess or Crown Prince is coming, Freya have 8 Sisters and 6 brothers  and all are joining the Ceremony, The time is passing very fast and Freya was sure to win, But on the gathering 3 days before the Crowning Freya was walking on the side of the river alone, She bumped into a wounded man covered in blood and was chased by men who are holding spears and swords Freya pulled the man behind the tree and hid him there. When the soldiers came looking for the man they saw Freya and they asked her

"Miss, have you seen a man covered in blood running here?" One of the soldier asked.

"I did see him, but may I ask why are you chasing him? Is he a criminal?" Freya asked

"The General of Sparta demands for his head, He should not be alive, A weakling like him is dishonour for Sparta." The soldier answered

"His only crime is being weak, yet he's gonna be killed. Sparta has the weirdest rule in the world."Freya said to the soldier.

"So, Did you see him?" Asked the Soldier.

"Ah, Yes.. I saw him running towards west" Freya said and pointed to the direction

"She seems untrustworthy" One of the soldier said..

Freya drew her sword and point it to the neck of the soldier.

"How dare you a mere soldier of Sparta tell me that I'm untrustworthy?" She said with a menacing tone of voice

"Such a low soldiers dared to point a sword to Freya the General of the Alfheim? Do you seek war?" Freya said with angry tone of voice

The soldiers was intimidated and hurriedly kneeled before Freya

"We don't dare to. Please forgive us Princess of the Alfheim" The Soldiers said in chorus

The soldiers roused but still looking to the ground.

"I will forgive you, But tell the General of Sparta that you've already killed the man you've been chasing, Fear nothing. And leave him at my disposal." Freya said.

After hearing that they thanked Freya and left the river of the Alfheim.

When the soldiers left, Freya hurriedly took the wounded man and She used the secret passage to her to her room to heal the man.

She took a wet towel and some medicine.. She cleaned the wound of the man as she wiped his face she realized how handsome the fair young man she is holding right now. She felt a strange feeling in her heart..

The next day a news have arrived

"Your Majesty, there's a message from Sparta they are thanking your Majesty for helping them out and asking for forgiveness because of the rude soldiers, They sent a letter and sent a box of gold for your majesty." Thamur said

"I don't lack gold, What should I do with that?" Freya said with bored tone of voice.

"Should I donate it to the poor people?" Thamur asked

"Do it." Freya said half heartedly

When Thamur picked up the box Freya suddenly stopped him.

"Buy the most beautiful Male dress you can buy with that money and also buy some jewelry." Freya ordered

"Understand, Your majesty. I'll go now if there is nothing else." Thamur said.

"Thamur, Do not forget, No one can know there's a man in my room." Freya said and started to brush her hair