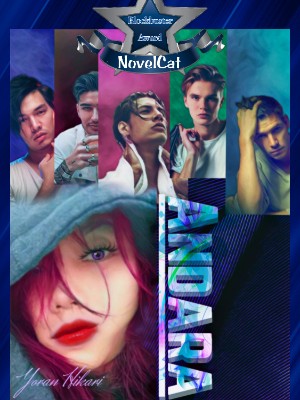 Everyone thinks that becoming a superhero with a superpower is a cool thing, but what if those superpowers will become your burden and a curse for you? Our protagonist, Andara will have those predicaments, on her sixteenth birthday, she gains a rare power that every girl can only imagine, a power that actually never wield by a girl before. She has to fight people that want her power, in order to do that, she joins a secret organization name STOP, and there she will have to prove herself among men, that think of her as a hindrance. Why she’s being targetting by the terrorist group named The Lost? Why her mother has kept her power a secret until now? All that she wants is to have a normal life as a schoolgirl, with her childhood friend by her side, but She lost all of it, her former normal life, and her childhood friend, she’s not ready to get down, she’s ready to fight through every obstacle to fight for human and defend her kind. She’s Andara, the Elementalist.

About
Table of Contents
Comments (29)

It’s Tuesday morning in my city, but these lazy eyes just don’t want to open, the preparation for the school festival took a toll on me. The buzzing of my old alarm clock just make my headache worsen, I took the alarm and throw It across my room, I can hear it shattering with a loud noise.

I went silent and just go back to hugging my pillow.

“Andara Arina, if you don’t wake up when I go upstairs, I’m going to use my slipper to spank you till you wake up with wide eyes!”

She opens my door and immediately puffing her breath when she saw the shattered alarm clock. “Well, I guess I know what kind of gift should I give you for your birthday tomorrow.”

“sorry” I grin and just shrug to her.

“No you’re not, now go take your shower and have your breakfast, you’ll be late for school today if you’re just going to stare blankly like that.”

I jump from my bed and go to the bathroom immediately, after a refreshing shower, I eat in a hurry, worry that Dandi already waiting for me outside. My mom’s coming to the dining room while holding a garden broom.

“Andara, Dandi’s already waiting for you, hurry up.”

“Don’t make him waiting too long, he’s going to be cranky at you.”

“ugh… I know he’s cranky a lot of times lately, don’t know why.” I tell her and rush to the front gate with my backpack.

Dandi already waiting for me, in front of his car, looking prim with sunglasses on, many girls are so jealous of me, Dandi is one of the popular boys at school, but the only girl she wants to hang out with is just me alone. Maybe because he’s my childhood friend, been together since we were in kindergarten. I don’t know if you consider that as lucky or a curse.

“Late again Flat Nose!.” He told me with one of the nicknames he gave me, which I hate so much by the way while opening his car door. His new hybrid car door. He just purchases it 2 months ago, wants to go green he said.

He gave me a sparkling grin while he turns the car on. Dandi's ride his way into the traffic, we have a small talk for a while and then my phone buzzing inside my backpack, I read a message from my mom, about I have to go home before midnight, today.

“Who’s texting you?’ Dandi asked me with a glance.

“It’s mom, she wants me to come home before midnight like I’m some kind Cinderella.”

“Well… Cinderella, because at midnight even though it’s a special day for you, we have so much to do for the festival, remember?”

This freaking festival already exhausting me so much, even just for a lunch we have to eat together with all of the School Committee while discussing all of the preparation.

“Hhhh… do we have to eat together with the committee today anyway? It is my pre-birthday day?”

“You don’t want to eat together with the committee? Or you just want to avoid Riky, our dear leader?” Dandi teases me.

“No, it’s not about him.” It is about him, completely “and he isn’t our dear leader, he’s the president of the school committee.” he’s kind of like a tyrant though

“Surprisingly enough, our dear leader never shout at you though, hmmm… wonder why?”

“Would you stop it, he’s just saying that I am his type, not like he wants to confess his love or something.”

“When he proposed, just reject him softly, not so harsh, we don’t want to hurt our precious dear leader so much.”

I shove his head, which makes his sunglasses fall off, and instantly I’ve been staring by two beautiful brown almost golden eyes. Dandi’s father is British, that’s why he got some beautiful mixed race feature. Sometimes I just want to say, if only he wasn't my best friend so much, but the strange thing is he never have a proper girlfriend, trust me, many girls flirt with him, but he just kind of like returning them some "favor" and then left the girl, yeah, I know, kind of a d*uchebag thing.

“Would you cut it out, I just bought those glasses.” Here comes the cranky Dandi.

I gave him a sorry smile and he continues to drive us to school in silence. While he parks the car, I look at him, and I dare myself to ask him about his attitude lately.

“What’s up with you lately?”

“I’m what?” He blows air like he doesn’t want to discuss anything about it.

Dandi stops his step and looks at me in silence.

"What? why are you looking at me like that?"

“HEY, GUYS!” Here comes our dear leader, running towards us, a lanky but tall man with thick glasses.

“Oh, hey Riky…” I force a smile to him, an awkward smile, I glance at Dandi that gave me a shrug, and goes away continue his step, leaving me alone with Riky, I want to grab him so he cannot be leaving me with Riky, but his footstep is longer than mine, and Riky jus cannot stop chatting with me.

“Hey, it’s a good day today.” He asks me, and doesn’t bother about Dandi that’s now gone into nowhere, thank’s a lot partner, well, it is not like he is my partner in real life anyway.

I answer him with no enthusiasm, i just want to stop this conversation and just run to my classroom. I am so glad that we arrived at my classroom, I wave goodbye to him.

"Don't forget we have a meeting at lunch, cannot wait to meet you again." Says Riky with a very sparkling eye looking at me.

I guess, today just isn't my good day, turns out I was not wrong about that. This day, will mark the new chapter of my life for better and for worse.