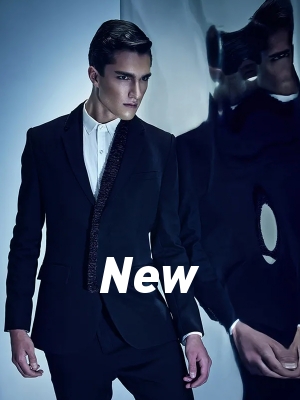 This is a story of new age which is really bad,human is now hungry for power there is only war and war everywhere it is a story of 2065. Emma is a normal girl in 2065 which is having new fuel of that age.

Hello I am your narrator and I am gonna tell the story of future of 2065. So get ready.

She is Emma a normal girl who is getting ready for his office and she is of 25.

"Where are my car keys I think today also I am gonna be late again uhhhh!!!!" Emma said.

Emma check his car keys under every drawer but she doesn't get it so she dicided to go in bus. Emma enter eis office and than his office routine start. After the office work she missed her bus and decided to take a taxi. She book a taxi online and start waiting near her office building. After ten minutes her taxi is there she was happy because her taxi was on time she entered in taxi and sit on seat and driver start to drive in the middle of her way taxi stopped. "What happen??" Emma asked to taxi drive. "I think my taxi has some problems."

Drive replies. Drive check in his taxi health program that what is the problem in his taxi. "I think that it's engine has been damaged and I don't think that it should be repaired now I am calling my boss he will sent one more taxi for you." Driver said. Emma replied in ok. Driver called his boss and tell him about the situation. "He is sending a taxi for you ma'am but you have walk some distance". Drive said. "How much distance." Emma asked. "Not so much only to the next taxi stand." Driver replied. Emma start walking in that dark night suddenly he see a old man who was wearing a hat coat and boots and he is having a suitcase with him he is running in a fear of someone suddenly He collides with Emma and then four men come from behind him and they also has guns. They both run away and come far away from them. The old man said, "Take this, eat it , it will take care of you." He placed the capsule on his hand and then suddenly someone shot his head from behind and he died there. Emma eat that capsule and those people came, they open his suitcase and said "the capsule, tell me fast where are the bloody capsule". A man said. Then some light started coming out of her and then she did a blast, everywhere is light blue light and they disappear in air the dead red body of that old man also disappear in dust. Emma sit in the side of road and start crying. After some minutes she stand up and start running and she sit in taxi and tell driver address. Then after some days she was mentally disturbed and her one friend Priya came in her house to see her because she was not going to office for 5 days and then suddenly someone knocked there door and priya open the gate and a white man with glasses wearing tuxedo "Miss Emma Stewart." Man asked. "I am her friend Priya Patel." Priya replied. "Where is Miss Stewart,Miss Patel." Man asked. "She is not well but who are you." Priya said. "I am from Central Intelligence Agency." Man said and then pushed her and enter in house. "Hey you can't do this,where is your ID ,I want to see your ID!!" Priya shouted. Man stop and show his ID to Priya and said"I am office Harrison, Michael Harrison now can I do my work." Agent Harrison enter in Emma's room. "Who are you?" Emma asked. "I am officer Harrison from C.I.A." Michael replied. Priya also entered in his room. "Miss Stewart can you tell me what happens to in 21 June." Harrison asked. "How you know." Emma replied. "I know everything" Michael replied. "Tell me what was that." Emma asked. "That was a kenonic blast." Harrison replied. "How Iii" Emma was saying but officer replied. "My last question did she know about it." Officer asked."Yes she know." Emma replied. Officer take out a taser gun and shoot both of them. When Emma open her eyes she see herself in a white room and Priya was next to him. Emma try to wake Priya up and the door open a woman who is of 45 came and a man bring a chair on which she sit."Miss Emma Stewart daughter of Mr Edward Stewart and Mrs Harley Stewart, ohh I am sorry your mother passed last year and you never see your dad." That lady said. "What's your question Miss." Emma asked."Ohh I am my name is April Davis and my question is how you consume the power of that capsule." Miss April replied. "I don't know how that happened even I don't know what is kenonic." Emma said angrily. April see her unconscious friend and said. "Emma who is this ?" "She is my friend Priya Patel." Emma replied. "Only friend??" April asked. "What do mean I said that she is my friend so she is my friend." Emma replied again in angry. "Ok ok I will not ask anything about your private life that how is your relationship with your friend, now I am coming to the point do you know that man??" April asked. "no" Emma answered in one word. "Ok, now we will try to take out that kenonic from your body, Edward is that machine will be ready in 5 days ?" April asked from a man. "Yes ma'am." A man answered. "Ok will meet in 5 days Emma honey and than you and you friend can go home." April said and go out from that room. After 2 hours Priya also wake up and asked Emma "Where we are?" Emma replied I don't know Priya but we will be free in some days." Than Emma tell Priya all about her and April conversation. "Is there are CCT cameras." Priya asked. "I don't know but why are you asking." Emma said. "Like you don't know." Priya said and come closer. "There are ladies , there are." A voice came. "Oh shit." Both of them said and then laugh.

Story will be continue in next chapter.