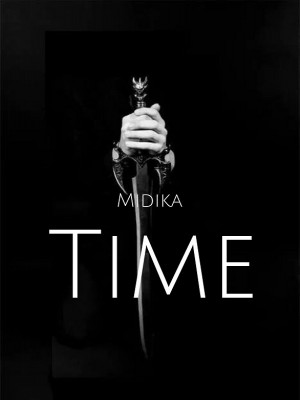 &quot;There's something so fascinating about your innocence,&quot; he breathes, so close I can feel the warmth of his breath against my lips. &quot;It's a shame my own darkness is going to destroy it. However, I think I might enjoy the act of doing so.&quot; Being reborn as an immortal isn't particularly easy. For Rosie, it's made harder as she is sentenced to live her life within Time's territory, a powerful Immortal known for his callous behaviour and unlawful followers. However, the way he appears to her is not all there is to him. In fear of a powerful danger, Time whisks her away throughout his own personal history. But going back in time has it's consequences; mainly which, involve all the dark secrets he's held within eternity. But Rosie won't lie. The way she feels toward him isn't just their mate bond. It's a dark, dangerous attraction that bypasses how she has felt for past relationships. This is raw, passionate and sexy. And she can't escape it.

The train approaches, the rumble of its engine rattling off my ribs.

People stand around me, solemn. No one speaks a word to each other, deep thoughts plaguing their attention. They will be wondering where the train will take them. Like me, they will be daunted by what might come of their fate. This train, run by magic, could take us throughout the immortal lands, releasing us in whatever territory it wishes.

I've just completed my sentence within Death's realm. Having led a humble life, I was consequently given a shorter sentence. Now, I'm left to live the rest of my days within the immortal world, after being taken so swiftly from the mortal one.

The train glides to a stop, the doors opening with a mechanic hiss. There are no guards to hustle us in. Just thick, concrete walls on either side of the station.

The only exit is on the train.

The group of us wanders onto the train. I see a seat away from everyone else, and take it. I'm not sure how long I'll be on here, however, I hope to get some sleep. The moment I sit down, the seat underneath me warms, before cooling again. It's registering who I am. My fate has already been decided by magic.

My goal once I reach my destination is to establish myself and to find my older brothers, who left Death's realm before me.

They must be waiting for me somewhere.

As the train jerks, slowly crawling out of the station, I settle into my seat. I've theorised that it must take a few days for the train to make the full trip. Maybe a week even. Just as those thoughts consumed my mind, a small screen planted into the back of the seat in front of me flashes.

Sighing deeply, I settle into my seat. With no belongings aside from the clothes on my back, I peel off my jacket and use it as a pillow. A few seats in front of me, I hear someone's muffled cries.

We all have a reason to be scared.

Closing my eyes, I prepare a pray in my mind. I've always been a firm believer in the Moon Goddesses power. Even through my sentence of death. I pray beneath my breath for the first territory to be my stop.

I sleep through the rest of the trip, until I feel the train glide to a stop.

Through bleary eyes, I look out the window to where we have arrived. An almost blinding site greets my weary eyes. The gigantic expanse of a beautiful blue oceans stretches to the horizon. Golden sands line the water, many people standing there, clapping and waving at the train. There is some kind of festival.

This place is beautiful, like some kind of seaside village. The first stop. I look at my screen, hoping it would request for me stand and leave the station to start my life within a society of cheering people.

Instead, a giant red X comes across my screen.

Some people gasp, standing quickly. I watch them, envious as they clamber off the train. It's only three of people. The crowd outside the train cheer, throwing pink and green streamers into the air as the three fresh immortals come from the train.

They are embraced and handed cases. I assume it's the bare essentials to start a life. It was the last thing I saw before the train started up again.