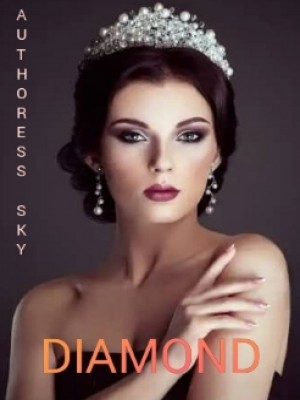 Blurb Tina Colby has always been insecure because of her obesity (fatness), right from when she was a little girl. She endure the scorn and mockery of the society and she was slowly getting used to it with the help of her best friend. Nelson Allen, who has been there for her through thick and thin. Now a full grown adult, Tina develop a crush on famous multi billionaire CEO, Nicholas Romanos, who is the president of Glittery Touch. Tina thinks being a fat ugly girl is disastrous, so she wished for a miracle that would make her life better. After being sacked from her workplace on a faithful day, she met with an accident that changed her life and made her become a beauty when she undergo surgery, she change her name to Anastasia Colby. She felt happy that she has what it takes to achieve her dream and become the happy girl she desire to be but no one could have prepared her for the disaster that came with being beautiful. Now left to face the twist and turn of the new world she woke up in, the betrayal of the one she thought loved her and the comfort of the one she never knew loved her. The hatred.. The threat of the past The dispute.. The scorn and rejection. Tina discover that beauty is not the key to being happy, in fact, it is the gate to most ladies misfortune. Now she is left to decide who she wants to be... That fat ugly lady or this slim beauty queen.

The clattering of glass, swift movement of bodies rubbing each other, and classical soft music brought the attention of passers-by to the activities going on in the hotel.

Every two years, the city of Los Angeles host an event called, DESAD. The award-winning event brings every designer from far and near together, as it is the time when the best in each category of design department will be selected.

A lot of top designers ranging from clothing designers to jewellery designers filled the hotel, they stood in 2-4 groups discussing an interesting topic.

The peaceful atmosphere was disrupted when a lady ran into the room. “She is here,” she screamed into the microphone with her.

Within minutes, every single soul in the room converges to the front door. They held their breath and won't stop peeping at the extravagant car that just stopped in front of the hotel.

A guard came out of the car and rushed over to open the door. A leg adorned with a diamond crested shoe touched the ground and then the owner of the leg came into view.

“Is this a joke,” one guest hissed from the crowd, and everyone start to murmur.

A lady stepped away from the crowd and walked towards the diamond lady, her eyes shooting dagger.

“Don’t tell me you are the famous Tina Colby we have been waiting for?”

“Yes,” the word had barely left her lip when she felt a painful sting on her right cheek.

“How dare you come here you impersonator,” the lady yelled. “We may have not seen Tina before but we know she is not a fat sick bimbo like you.”

Tina opened her mouth to talk back at her, but another sting on the same cheek spiked her anger, she raised her hand and was about to bring it down on the lady’s cheek, when…

She woke up with a start when a loud sound took over her tiny room, and almost fall off the bed in the process. She hissed loudly when she found out it was her alarm clock that woke her up.

She kicked it in anger for ruining her dream, the alarm clock went tumbling down due to the force and shatter on the floor.

"No! No! No!! fuck," she shrieked as she picks up the broken pieces from the floor. "Why do you have to be so angry Tina, now I do not have any money to buy a new one." she reprimanded herself.

She stared at the broken clock for some minutes, before pushing her lazy body out of bed and walking into the bathroom where she grudgingly took her bath, before dressing up for work.

At the thought of work, her expression changed from moody to sadness immediately, she knew no one in her workplace likes her, and her boss just manage her because of her brain, but she still got ready.

She put on her big gown, and her flip flop, as she moved towards her door, but she suddenly stops and turn to the wallpaper on the wall, she stares at the model picture there, and sighed sadly.

"God, why can't I just be like her, she has everything a man will ever want for, she is capable and she is everyone's heart's desire," she grumbled.

"She is beautiful with curves that a man would die for, she is a model, an actress and a celebrity, her name is on every man's lip," she ranted.

"Me! I am just a fat nobody with a sad life, with no one to acknowledge as a friend except Nelson, all I have to myself is just my brain, and nothing else, and I know just what will cheer me up."

"FOOD!!!" she beamed and turned to stare at the model picture once more, she attempted the model pose, by pushing out her big butt, before running into the kitchen, where she grabbed her junk food, munching it as fast as she could.

Once she was done, she gulps down enough quantity of water and grabbed the doorknob, she left for work.

This was and has always been her way of making herself happy, whenever she felt down, she makes food her companion, anytime Nelson is not around to cheer her up.

She got out of her tiny apartment just to come face to face with her landlady.

"What day is it today?" Mrs Stephens asks without bothering to answer her.

"Today is Tuesday, why are you asking?" Tina asked in confusion.

Her landlady glared at her, and that is when it finally clicked for her.

"Oh my God, I am so sorry, I promise to pay you as soon as I get my pay Mrs Stephens, you know I never delay in paying, it just that my boss has been..."

"Save your explanation you idiot, I do not want to hear it." Mrs Stephens interrupted. "You have just four days to pay me or else, I will be forced to take action," she said.

"Of course, I will," Tina squealed happily, and she moved to hold Mrs Stephen's hand in appreciation, but she moved back immediately.

"Do not touch me with that your fat, misfortune hand," Mrs Stephens shrieked, backing away as quickly as she could until she was out of sight.

Tina's head drooped in sadness, she felt humiliated as tears pricked her eyes, she wiped them off and made her way to the bus station.

"Am I that bad, that people prefer to avoid me?" She asked herself.

All through her walk to the bus station, different opinions, and comments filtered into her ears, and she tried her best to ignore it all, but it was damn near impossible.

*God, she is too fat, I wonder how she was able to come out her mother*

*She is not even ashamed to come out*

Tears rushed out of her eyes involuntarily, and she sniffed as she wiped the tears though the new ones replaces the dry ones immediately.