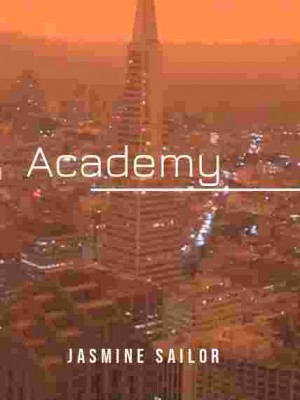 A small victim at the heart an intricate case, Isabella Rouge was found wandering the halls of the ACME Detective Agency by Shadow Hawkins, who was suffering a recent personal loss and decided to take her in. Quickly becoming a familiar face among staff, she is bestowed the moniker 'little Red' as she was often dressed in the color, dropping the little as she grew older. Red joined the ranks herself at 15 years old, the youngest in her class in more than a decade. This story follows Red on her Academy journey...where she learns a lot more about herself than she's ever bargained for.

Artemis Gilligan was not a reverent man, yet he found himself saying a little prayer as he entered an abandoned apartment building in Newark. The Detective was following yet another lead in a complex case, and two man teams just like his were canvassing similar dilapidated structures in the area.

"I can't imagine Falcon having her right under our nose like this." his partner Rex had grumbled, startling a pair of huddled squatters with the authoritative smack of his boots against the linoleum. "Y'all lovebirds seen anything out of the ordinary around here?"

Gil took one look at the disheveled couple, another at the paraphernalia beside them, before touching Rex on his right shoulder and letting him know he was going to try his luck downstairs. Rex acknowledged with a slight nod, and Gil descended past the first floor to what would be the superintendent's living quarters. Instinct pulled at him, and he tentatively un-holstered his firearm, keeping it in his right hand as he swept the corners of the room with the flashlight in his left. Finding the apartment clear, he sighed, ready to rejoin his partner when he glanced at the boiler room door. It was ajar, and he passed the torch over it, feeling an inexplicable sense of deja vu as he glimpsed the inside.

"You all right, Gumshoe?" he drawled. "Little busy up here with some friends."

Gil rolled his eyes - he respected Rex's time on the job, but thought he often had a one track mind. Too impatient to explain himself, Gil edged into the dank room, leaving the door wide open behind him for the extra light and immediate egress. Brown water was dripping from the sagging ceiling, falling onto his jacket and pooling in shallow puddles on the uneven ground which he attempted to avoid as he swept the area. A dull hum surrounded him, but as he moved further inward, he caught the strains of a faint whimper. Wondering if his ears were deceiving him, he sharply turned in it's direction, the beam flashing over a wide eyed little girl.

"Isabella." he breathed in disbelief.

The child blinked, acknowledging her name. Gil reholsted his weapon, and approached her cautiously. Her mouth was taped and her limbs bound. Gil's throat became dry when he noted the maroon stains on the fibers of the rope and the floor underneath her.

"Ah, honey." he murmured, kneeling next to her. "You have no idea how long we've been looking for you."

Gil produced a knife from one of his pockets, and was surprised by the expression of defiance on her tiny features. She attempted to pull back further in the corner. Gil frowned, but then put the blade on the ground beside him, showing her his large empty hands.

Isabella's dark eyes clouded with confusion at his tender tone, but she relaxed as he attempted to aid her again. This time Gil peeled the duct tape covering her mouth off slowly. The young girl gasped once her lips were finally free. Gil stroked her bruised cheek, before reaching for the knife and slicing through the ropes around her wrists and ankles.

"Gilligan, you're too quiet for my liking." Rex shouted from the hall. Isabella grabbed Gil's hand with a strength that surprised him, given her malnourished condition.

"He's with me, little one." he explained, finally giving in to the overwhelming desire to pick her up out of the filth and carry her in his arms towards safety. "Rexy, call a bus! I've got Isabella!"

The girl clung furiously to Gil for the next few days. Despite himself, Gil chuckled at the way she fought the Medics when they attempted to separate her from him. But the inability to examine her was hindering their case, so once Isabella was strong enough to climb out of her hospital bed and run down the halls away from the exasperated staff, Gil decided to take a different approach.

"As much fun as we've been having together, honey, I've got to go back to work." he said as they entered the rotunda of ACME's New York branch. "But you'll be with a good friend of mine - "

"Ah." Gilligan gave her hand a squeeze. "You remembered."

The pair approached the Agency's front desk, and the Agent behind it leaned over the slab of marble to give Isabella a closer look.

"Gilligan!" he said, smiling brightly. "This must be the kid, right?"

Gil paused, suddenly aware of the attention Isabella would attract, and wondered if it'd be too overwhelming. As he scanned himself in, the desk Agent had stamped the back of her hand as a visitor, and then shared in her giggles as she offered the other one for him to stamp as well.

"You're all set, cutie." He tapped the bridge of her nose. "Just stay close to Detective Gilligan, okay? This is an easy place to get lost in."

"Okay." she said sweetly, her palm in his once more.

Gilligan led her up the stairs and onto the third floor, into a windowless office space which he shared with a few other Special Operations Detectives. His partner Rex was out for the day, and Gil pulled his rolling chair next to his desk, holding it steady for Isabella to climb up into it. The girl did so, her dark eyes already roaming the room from her new vantage point. Gilligan couldn't help but smile, offering her a few sheets of blank paper and a pen. Isabella immediately began to write her name in shaky letters.

"Ah, I'm sorry, honey. Catherine probably has more for you to play with." he said, settling in his own seat. "We don't really have guests around these parts."

"Can't imagine why." A soft voice commented from the doorway. "Especially with the effort that you boys put in to make things so inviting."

Gilligan grinned, displaying his tobacco stained teeth at a thin slip of a woman, with bone straight blonde hair that reached her midsection. Isabella climbed down and went towards her, touching it curiously.

"Oh!" Catherine exclaimed. "You're a bold little thing, aren't ya?"

"Pretty." Isabella said decidedly, curling a few strands around her finger. "Like Barbie's."

Gil laughed. "She's a smart one too. You'll be all right with Catherine for a little bit, honey? I have some things to do."

"You'll have fun." Gil swallowed some unfounded guilt. "I'll take you to get a Happy Meal later, okay?"

"Good girl." He gave her a reassuring wink, and watched as they made their way down towards the Sex Crimes unit. The sigh barely escaped his lips before his phone rang.

"I'm going to need to see you in my office, forthwith. You're going back in."

Gil was accustomed to the sudden upheaval that accompanied his frequent undercover work, and was briefed, packed, and ready to go before lunch. He popped his head into Catherine's doorway to say his goodbyes, but Isabella was dozing on a yoga mat, body curled into a perfect crescent shape. She looked so peaceful, he couldn't bear to disturb her. So he left, with a whispered promise to be back soon.

"Red, that assignment was only supposed to be for a few weeks." Gil paused to light his cigarette. "It ended up taking a few years."

He nodded. "I was sometimes able to sneak away to spend time with Miel, but to make unnecessary contact with the Agency…especially with the fact that Rex was outed and killed…"

I looked again at the picture of Gilligan taking a nap in a hospital armchair, with me curled up in his lap.

"I wanted to take you in though." he added with a chuckle. "It ate me up that Hawkins beat me to it - although I knew he'd be able to give you a lot better life than I could."

I tilted my head questioningly.

"Ah, your daddy had the money and the means. Hell, by the time I finally made it back to New York for good, you were globetrotting and learning your third language." He exhaled a stream of smoke into the autumn air. "You remember Catherine's funeral?"

"Bits and pieces. I was still pretty young."

"You couldn't have been more than seven or eight. I saw you, and I was wondering if I should come over and reintroduce myself when Hawkins whispered something in your ear…your face lit up with this innocent bliss. I sat through the service wondering if I would bring you back to that time that it seemed that you were now free from…."

"I think I would have been as happy to know you back then as I am now."

Gil smiled, flicking the last of his cigarette into the backyard. "Well, I'm glad we're making up for lost time."