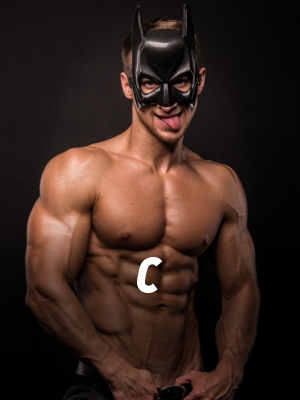 I have never seen a guy who disappeared into thin air, whose mouth would get watery as hunger consumed him, as dusk approached. And secondly, I have never given much thought about how I am going to be attacked by millions of diseases, that would make my life a living hell. And then turn me into a corpse. And then eaten by him. But not for hunger, For the sake of Love.

He brought his car down to the parking lot of an unconstructed shopping center's leaving zone. "Why have you brought me here?" I asked him curiously.

And, he didn't answer back to me. "I'm asking you something?" Feeling stressed out.

"What? We simply have eaten previously? Also, there are no such restaurant puts close by."

I got perplexed "What do you mean by that?"

and afterward he gradually turned his face to take a gander at me. His looks caused me to understand that something isn't right. Something unusual will be going to occur.

I was coming from my inn after quite a while. My family was incredibly excited.

"Sirri, have you tidied up and improved Barren's room?" Mom shouted out from the kitchen. Sirri was close to the kitchen at the eating table masterminding blossoms in a wonderful jar she made without help from anyone else. "Indeed mother, check."

"Shouldn't something be said about the chocolate frozen yogurt cake?"

"Definitely it should be frozen nearly."

Mother was making a few fries and spanish rice for me. The house was adorned with wonderful pixie lights.

I was coming from the lodging after graduation. So my family was elated for me. Standing by anxiously for me to give a warm greeting to me. Father went to get me from the lodging.

"Alright bye.." I said this to my companions while embracing them and all at once I perceived Dad's vehicle coming towards me. I hacked, placing a clenched hand in my mouth.

I at that point got inside the vehicle. "Hy dad.."I embraced him "Hi sweetheart..how are you?" As he kissed me and I likewise gave a kiss on his cheeks.

"You look so changed..You have lost your weight as well?" He said, as he was bewildered.

"Definitely, I used to do rec center consistently there."

"Stunning.." He pulled up his car back and afterward we drove to home.

"Presently any plans for excursions?"

"Not actually, But I have plans."

I of course hacked. This time it was a lot until I had the chance to drink water. And afterward I sniff.

"Is it true that you are alright?"

"Better believe it, it's simply an influenza."

"Influenza!? You didn't advise me?"

"Relax...it's not a serious deal it's actual light."

And afterward we both remained calm. And afterward Dad ended the quietness. "Your mother is making most loved nourishment for you."

After a lengthy drive, we at that point arrived at home "Wow...you folks have beautified this house?" I said in amazement.

Not folks, just me.." And then Dad winked at me. And afterward we both chuckled. "Wow..beautiful." I said. I got off from the vehicle and strolled towards the entryway. As I snatched the handle "Stand by!" Dad said. "Exceptional individual's entrance doesn't need to resemble this by any means."

"It's a surprise. " He at that point covered my eyes with two hands. I heard the entryway being opened and heard the party popper fly with cheers by Mom and Sirri. "Welcome home!!!"

I embraced mother and afterward Sirri. The room was beautified with multi hued expands alongside pixie lights. There were photos of our family hanging up on the dividers. Welcome home was written on the wall with pixie lights. Sirri gave me a bokay of blossoms. "Aww… thank you my adoration.." I said while taking it from her "How are you? How was your graduation?" Mom inquired.

"It was good." I said while taking off my jacket and draping it on the highest point of the seat. I at that point sat on a dining table as others likewise plunked down alongside me. The dining table was at that point organized with tall glasses, plates, red napkins with a fork and spoons kept there."You look so pale." Sirri said. "No...Really?" I asked.

"Yeah..Did you deal with yourself there?"

"Yeah..I used to do rec center routinely, I used to deal with myself."

Mother at that point got up and returned to the kitchen. She at that point thought of a dish and kept directly before me on the table. The red sassy chicken with sauce, decorated with green onions and tomatoes and sweet corn. Coriander sprinkled on the highest point of it and everything was masterminded on a bed of rice.

"Goodness amazing! Spanish rice!! I was longing for it!"

"..And think about what?" mother said.

"Mother! It's a surprise!" Sirri alarmed her

"Gracious indeed, I failed to remember it." She chuckled.

"We can have it, it's a celebration." Dad said.

"God, I am feeling tempted, what is it?" I said, feeling eager and enticed.

Father entices her which was a sign for her to do what he needs to make her do. And afterward Sirri went towards the cooler, a pantry-like refrigerator. She opened the cooler . She at that point took it out a white plate as the cold smoke quick out from the cooler. She at that point kept it on the table by saying "Chocolate chip frozen yogurt cake..!!!"

I heaved in bewilderment "Gracious my gosh!!! You made it?"

"How did you get so wonderful in it!? Furthermore, you were not enamored with baking these sorts of stuff?"

"Better believe it, credit goes to mother." As she hung her arm around mom's.neck.

"She used to say that before your elder sister came you should amaze her with this."

"Alright would we be able to eat? It will soften down." Dad said in irritation.

"Sure yet first thing first, we will have a selfie."Sirri said.

And afterward she fished out her mobile from her pants pocket.

I strolled and remained in the center, among mother and father. "Alright everyone say cheese…." And we all say it."Awesome!"

First , I cut the cake with a knife. And afterward I served it to everybody. I then sat on my seat. I took a bite of it and it was "mmmm… ." I reacted, "It's marvelous!"

But when I took another bite of it. I began to munch it gradually in a mindful manner. Such that something terrible has occurred. I took a gander at everybody. Everybody was getting a charge out of and engaged in eating until Mom's eyes got on me. "What happened dear?"

Everybody took a gander at me. "Ouch!" I got my stomach unexpectedly, stood up and surged towards the washroom. "What has befallen her?" Sirri inquired.

"I think you have added something which could be in an incredible amount which shouldn't be." Dad said.

"Damn it! I'm not going to get amazing at anything! Excessively baffling!" Sirri yelled.

"I thought I made it best!"

"It is disappointing!" Sirri said "I destroyed it! I squandered my energy! I destroyed her day!" Saying this she left the table.

"For what reason does she get so drastically enthusiastic over little things?" Dad inquired. "I don't have the foggiest idea," mother said, shaking her head in a path as though she is tired of her behaviour.

I at that point emerged from the washroom and saw Sirri lying on her bed, with her back confronting mine as she was crying. "Sirri, what's wrong?"

I bent down over her body so I could undoubtedly see her face.

"I again gave you inconvenience."

"Why did you leave the sweet?" I said in a childlike way.

"As a matter of fact I surmise I ate something unfortunate one day before graduation at the lodging with my companions. I feel that is the reason for my stomach hurt. It's not a result of your cake."